Maria Theresa “Mitzi” Pineda Baker was born in the city of Manila, Philippines. She grew up in the province of Pampanga north of Manila. Growing up, she spoke three languages, mainly Tagalog, Kapampangan and English. She is known by family and friends as “Mitzi”. She is married to Clifford Baker and lives in Tucson, Arizona. They have four wonderful children and three adorable grand children.

She began her language teaching career in 1978 with the Inter-Church Language School (ILS) now Christian Language Study Center (CLSC). She started as a language instructor, and then became Assistant Language Coordinator and later Chairperson and Coordinator of the Production and Publications Office (PPO).

She was dedicated to her duties and has contributed towards the improvement of the language teaching strategies, techniques and the development of instructional materials of the institution.  In 1993, she was appointed the Chairperson of the text book committee that gave birth to TAGALOG DIALOGS: A Functional Approach by Loreta Deocaris which became one of the main textbooks published and used by the school. During the same year, she was responsible for establishing the institution’s Learning Resource Center, the school Library. She then chaired the revisions of the CLSC main Tagalog text books in 1994 and in 1996, she wrote an adaptation of the CLSC Tagalog Book I to Kapampangan and piloted the material to a doctoral language student of the University of the Philippines. During the same year, she was a co-author of the CLSC Tagalog Book 4 entitled “Sulyap sa Kulturang Pilipino” or “A Glimpse of the Philippine Culture.”

Mitzi trained and conducted a seminar-workshop on the teaching of Tagalog as A Second Language attended by the CLSC faculty members in early 1997.

Later in 1997, she immigrated to the United States. Her adjustment to the new culture and environment was made easy with the help and support of family members and friends.

She also has taught Tagalog Enhancement Courses to Military Servicemen which helped them prepare for their Defense Language Proficiency Tests (DLPT). She enjoys and is dedicated to instructing anyone who would like to learn, speak, and/or improve their current level of Tagalog in a practical and simple way. 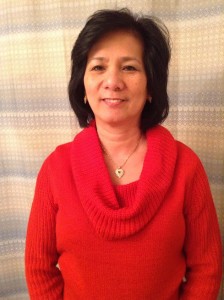